Are Ethical Hackers the New Defense Against Cybercrime for Small Businesses?

While considering cybercrime, it’s very easy to slip into a dichotomy: hackers are bad, while not-hackers are good. Like most things in life, however, the truth is that there is a spectrum to cybercrime. Let’s take a few moments to consider a few different types of hackers, and the hats that their roles determine they wear.

Did you know that “hats” are actually used to differentiate between the varieties of hacker? The hackers you think of first, the ones who abuse their power, are known as black-hat hackers. Others—white-hat hackers—choose to use their talents to the benefit of others.

While we won’t dive very far beyond black-hat and white-hat, there are assorted other types of hackers that are differentiated by their motives. Each variety is given their own color of hat to wear, again, based on their motives and tactics.

Let’s get back to basics and dive into the differences between the black-hat hackers and the white-hat hackers out there.

What Does “Hacker” Even Mean, Anymore?

The word hacker has been co-opted to refer to anyone who makes a task or process simpler, as we see in the term “life hack” and the associated “life hacker.” More specifically to programming and cybersecurity, however, the word refers to anyone who has invested time and effort into understanding how computers and IT systems as a whole work. The word itself is neutral, all the negative connotations it now has come from the many people who put their time and effort into harming others with these skills.

Ethical Hackers Exist, and Benefit Us All

Some hackers are actually out for hire by companies to help them preemptively find vulnerabilities and other weak points in their IT. Think about it like a high-intensity penetration test… a hacker is trying to break into a system specifically to identify how it could be done so that these vulnerabilities can be resolved.

Unfortunately, the Bad Hackers are Still Out There

There is still the black hat side of the spectrum, where the hackers affiliated with cybercrime and self-serving endeavors lurk. These hackers abuse their talents to steal from and extort their victims, lending to the bad name hackers of all kinds get. The unpredictable nature of these hackers ruin the word itself for the good ones.

Security is a Lot to Manage, But Don’t Let That Scare You

The hard fact of the matter is that there are people out there looking to use their talents to take what you’ve rightly earned for your business for themselves… and there’s a lot of them. However, that doesn’t mean you shouldn’t fight back.

We’re here to help you protect your business from these kinds of threats. Using a variety of solutions and checking up on your security’s efficacy ourselves, we can help you identify your weak points before the hackers do so we can help you resolve them. Give us a call at 855-GET-FUSE (438-3873) to learn more.

Facebook Twitter LinkedIn
Tags:
Security Business Computing Hackers
So, Do You Still Have a Company Culture?
When the North Pole Needs IT Support, We’re Their ... 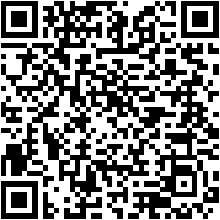