If you use almost any Apple products, you’ll want to check for and apply an update that will prevent your devices from being spied on. Apple has just issued an emergency software update for a critical vulnerability that was recently discovered.

The new updates were pushed out on Monday, September 13th, 2021, and include a major security fix for the Apple iPhone, Apple iPad, Apple Watch, and Apple Mac computers and laptops.

The vulnerability is a very serious one known as a “zero click remote exploit.” It allows invasive spyware to infect any of these devices without any sort of end-user action. Whereas the majority of malware requires the user to download something, click on a fraudulent link, join an unsecure network, or hand over a password, this new breed of malware can infect most Apple devices without a single click.

Security researchers have traced the spyware back to Israel’s NSO Group, a technology firm that develops remote surveillance spyware. The spyware, called Pegasus, can be deployed to any Apple iPhone, iPad, Apple Watch, or Mac without the user being aware of it, and can allow both governments or criminals to turn on your camera and microphone, record messages, texts, emails, and calls, even if you are using encrypted services. It’s essentially giving the cybercriminal full control over your device without you knowing it.

Here’s the worst part—you’ll never know if you have this on your phone or device. If the spyware is on your device, it’s virtually invisible to you. You won’t see the typical tell-tale signs of an infection, such as strange text messages, suspicious links, or any other notification. It’s simply there, possibly running at any given moment, recording what you are doing and sending everything to NSO Group and their clients.

If that’s not bad enough, security researchers believe that this spyware has been around since at least March of 2021, and with more than 1.65 billion Apple products on the market today… Let's just say we should all be taking this very seriously.

Update Your Apple Devices Right Now: Here’s How to Do It

Before you update, back up your device using iCloud or your computer.

Apple macOS on a Mac Computer

Connect your Apple Watch to Wi-Fi. Ensure that your watch is at least 50% charged, or plug it in to power. You’ll want to make sure your iPhone is running the latest version of iOS.

We can’t stress this enough. This update is incredibly important to protect your privacy, as there is no telling if you actually already have this spyware on your Apple device. It’s likely that more news will come of this over the next few days, but for now, be sure to check for updates on your iPhone, iPad, Apple Watch, and Mac and make sure you are running the latest version.

Facebook Twitter LinkedIn
Tags:
Apple Malware Security
Self-Healing Networks on the Horizon
The Proper Use of Technology Can Be the Key to a B... 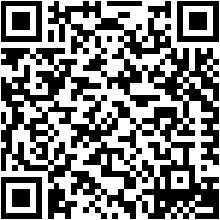