Millions of people are still using the Microsoft Windows 7 operating system despite it being completely unsupported. When Microsoft pulled the plug on support for the OS in January, most industry professionals expected there to be some exploits found pretty rapidly. It turns out that the very first exploit was actually Microsoft’s fault, and that Windows 7 support had a little life in it after all.

A major problem that many businesses that are still using Windows 7 have is that they can’t run their business without the software on a Windows 7 PC. Often, these legacy software titles aren’t compatible with Windows 10. As a result, these companies are maintaining support for these computing resources at great organizational expense. The problems are exacerbated by the fact that Windows 7 systems can expect no more support whatsoever from the developer of the software.

Running counter to this claim however was the recent patch that Microsoft has provided for Windows 7 after a bug was found in the “stretch” wallpaper option. Microsoft had first stated that they were only going to patch the problem for businesses that were on their extended support platform, but the bug--called the “black wallpaper bug”-- opens up a security vulnerability in the system. Microsoft soon about-faced and delivered a free patch on February 7, 2020, just weeks after the end of support was supposed to take hold.

It stands to reason that because so many businesses are still using Windows 7 that Microsoft relented and released a patch. The problem is that now that Windows 7 is supposedly off of support altogether, when does it end? It looks like a scenario has popped up where we will be able to find out.

That’s right. A new corruption has already been found. Some Windows 7 users are receiving a pop up message that reads: “You don’t have permission to shut down this computer” every time they go to shut down their Windows 7 machine. This bug seems to be on the level of the “black wallpaper bug” and it will be interesting to see if Microsoft relents and ships another security patch to cover this, or will they finally cut ties with the software completely?

There have been users on the social forum site, Reddit, that have come up with workarounds. These aren’t official remedies for the problem and some workarounds require the use of third-party software. Without a word from Microsoft, however, we still contend that the best solution to the problem is to move off of the Windows 7 operating system for good, if possible. For organizations that strategy simply doesn’t work for, making sure that you are paying for extended security support is the only reliable option to keep your Windows 7 legacy systems running securely

At Fuse Networks, we can help you find solutions to any of your IT support problems. Call our expert technicians today at 855-GET-FUSE (438-3873) to see how we can help your company get the hardware and software systems you need to run an efficient and productive business.

Facebook Twitter LinkedIn
Tags:
Security Hackers Windows 7
Tip of the Week: Lock Your Network Down with These...
Why You Should Strongly Consider Video Conferencin... 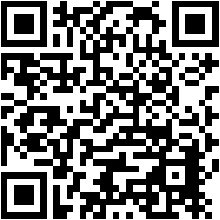