It is undeniable that technology has become ingrained into our workplaces, and perhaps even more so into our daily lives—particularly considering the events of the past few years. This is likely why it is so surprising when a large tech company bans a user for some activity on their platform.

With all that is happening today, this surprise has largely turned into outrage over whether or not these companies can really ban people over what they share on the platform. Let’s go over the situation to try and glean from it some answers.

Before we begin, we just want to establish that we are not offering any legal advice here, just a bit of perspective.

Contrary to popular belief, the concept of freedom of speech is far from a recent invention. For one of the first examples on record, we must turn to the Greek city of Athens, where the philosopher Socrates spoke the following at his trial in 339 BC: “If you offered to let me off this time on condition I am not any longer to speak my mind… I should say to you, Men of Athens, I shall obey the Gods rather than you.”

Many other thinkers over the centuries also supported the ideals of freedom—particularly, freedom of speech.

In the years since, countless more examples have popped up—the First Amendment to the United States’ Bill of Rights in 1791, the 1859 essay On Liberty by John Stuart Mill, and the unanimously voted upon Universal Declaration of Human Rights passed in 1948 that promoted freedom of expression to member nations—all these and more have expounded upon the right to speak one’s mind throughout history.

However, it has not been nearly that long since we have been able to speak to the entire world, as Internet technology was not invented until the 1960s, and the network only got its name in 1995. As such, there has since been some confusion over what is and isn’t “allowed” on the Internet, as well as what can and cannot be said.

Today, the Internet permeates our daily lives, more than many of us might initially realize. Cloud services, many telecom connections, and a sizable portion of everything else we do ties back to the Internet in some way. We conduct business, communicate with friends and relatives, and essentially network ourselves using this greater shared network.

Censorship on the Internet?

However, there has been some dissonance with many people, as posts they have shared have been removed from online platforms. Some people have even been blocked from some networks entirely because of the ideas and opinions they have shared.

Taking it one step further lately, there have been entire platforms taken down, due to the content that has been posted there.

Many users of these platforms have taken offense to this, with cries of censorship and the infringement upon their rights to have their free speech stifled. However, what these users don’t understand is that these networks and platforms are well within their rights to take such actions—even though this seems to run counter to the concept of free speech in general.

To understand this concept, it may help to turn our attention to the most famous example of government-ensured free speech: the First Amendment to the United States Constitution.

This amendment states that: “Congress shall make no law respecting an establishment of religion, or prohibiting the free exercise thereof, or abridging the freedom of speech, or of the press, or the right of the people peaceably to assemble, and to petition the Government for a redress of grievances.”

While many might read this as “nobody can tell me not to say something I want to say,” the reality is that the government can’t tell somebody what to say… whether that’s in conversation, in print, or online.

However, most platforms like Facebook, Twitter, and the like, aren’t typically part of a governing body. They’re businesses, and as such can decide what they want to be associated with. This leaves these platforms and service providers in the clear to decide who they want to do business with. And, let’s be clear here: for many of these platforms, the users are the actual product.

Think back to when you first signed up for a social media network—or any online service, for that matter. Part of the process was to click a little checkbox indicating that you agreed to their terms of service, or TOS.

The TOS is essentially that service’s code of conduct. By giving your consent to them, you agree that you are aware of the limitations that a given website has in terms of its user behavior while browsing it. The platforms that host these websites also have their own TOS that applies to the website as well.

The terms of service acts as a website’s rulebook, setting a precedent to what the website will and will not stand for. That way, the website can’t be seen as legally responsible for its users’ conduct and has the capability to cut off any users that breach their previously established terms. Those businesses that sustain these websites are also beholden to the platforms that allow them to host content. Amazon Web Services and other cloud vendors have demonstrated this as well by taking down entire websites that breach their TOS agreements. Once the data centers that these vendors provide don’t allow you to use their services, you will need to go somewhere else, or establish your own hosting environment. This is usually prohibitively expensive.

So, what is seen as a public service is (in reality) part of a regulated business. This means that the rights that many governments ensure simply don’t apply to websites and the web hosts that enable them.

Some Exceptions to the Such Rights and Rules

Admittedly, there are other issues at play throughout these discussions, making this less of a yes/no issue and more complicated. In the case of the First Amendment, many circumstances can also play out that can very well be restricted by the government. These include categories of speech like:

So, if a social media platform didn’t remove content that advertised something false, or was stolen from another source, or that infringed on someone else’s intellectual property, it could potentially be subject to fines and even government intervention… at least, so much is true in the United States.

What This Means to Businesses

Frankly, it means a lot. While the freedom of speech may be vast and wide-reaching, it isn’t by any means a get out of jail free card for organizations. This is why we see establishments refusing to work with or for certain people based on some as-of-yet unprotected status not seeing any governmental recourse, but suffering backlash from their audience.

Speech will have consequences, even if one has the right to say something. This is important to keep in mind.

So long as your speech or someone else’s isn’t infringing on the exceptions listed above (along with a few other circumstances that we recommend you take up with a lawyer) there is nothing that says you are protected from the judgement it brings.

As an IT provider, this was admittedly a little out of our wheelhouse, but it is important to understand that a platform or service provider is well within their rights to stifle or silence your or your business’ official opinions as you use them. Again, we recommend that any questions you have regarding this matter are directed toward a licensed legal professional.

Any questions about how to use your IT to better your business? Those we can handle. For this kind of assistance, reach out to our team at 855-GET-FUSE (438-3873) today.

Facebook Twitter LinkedIn
Tags:
Social Media Internet Compliance
These 3 Considerations Can Help Your IT Decision M...
Optimizing Images for the Web 101 - Resizing Your ...

More posts from author
Friday, February 26 2021 If Your Backup Doesn’t Involve These Three Aspects, You’re Doing It Wrong
Wednesday, February 24 2021 Tip of the Week: How to Generate Strong Passwords That You Can Actually Remember
Monday, February 22 2021 What’s Happening with COVID-19 Scams 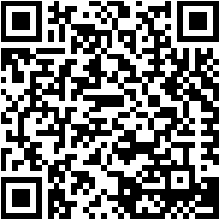