Tip of the Week: Apps to Avoid on Android It is an indisputable fact that the Google Play Store has a ridiculous number of applications for users to select from. It is also a fact that many of these applications should not be downloaded, and instead actively avoided. For this week’s tip, we’re giving a few examples of the kind of app you should steer clear of, and why.

With mobile devices being such a key part of modern life, there are few things as frustratingly inconvenient as a dying or dead battery. Considering this, it only makes sense that users would be drawn to an app that promises to get more out of your battery’s charge. In actuality, these promises are impossible for these apps to keep.

For an application to have this kind of power, the app would need to be able to control the actual Android operating system. This would require the app to obtain root privileges. There is also a pretty good chance that an application closed by a power-saving app would just reopen itself and increase the drain on your already-taxed battery. Google has made an effort to prevent applications that are used less often from draining so much power with Android’s Adaptive Battery feature.

In order to improve their performance, your phone’s applications will often store a small cache of data. In theory, if these caches grow to be too large, the device’s overall performance can be negatively affected. Many applications are designed to clear out this data to try and boost the device’s performance, especially once an app has been deleted. This approach will show up again when we discuss issues related to a phone’s RAM.

This approach really can work under the right circumstances. The issue is with the apps that users have (unnecessarily) downloaded to do it. Not only do you not need these apps to clear your cache, using them can drain your battery quicker and even expose you to malicious mobile ads. Instead of opening yourself up to trouble by downloading an app, you will have to go into each app and clear its cache individually. To do so:

It might sound a bit extreme but hear us out. Facebook is a massive platform with a lot of opportunities for both personal and business use, but depending on how much you need Facebook, it might be a good idea to remove the app. Once the Cambridge Analytica scandal gave us a peek behind the curtain, a few blatant security issues were discovered. These issues are only exacerbated by some of the inherent issues with the mobile application, like high memory usage, excessive data consumption, demand of invasive permissions, and its high level of background activity. With all these factors plaguing one app, it is better to avoid it.

If you insist on using Facebook on your mobile device, delete the app and use your mobile browser of choice instead. You can even create a direct shortcut to it on your home screen, which allows you to turn Facebook off and limit how much data and battery life it consumes. If you ultimately decide to stick with the app, at least take a few minutes to lock down your security settings.

These applications are patently silly. First, your phone’s OS already has an integrated flashlight built in. Secondly, using these apps only welcomes an invasion of privacy, thanks to the wholly unnecessary access permission requirements that come with these apps. Not worth it.

Just to avoid any confusion, we wanted to establish something right off the bat: we are not saying that you shouldn’t install an antivirus solution on your mobile device. What we are saying is to avoid the free ones, as they almost certainly won’t do any good. Besides, Android’s integrated protections are pretty comprehensive, and more are added all the time. If you are concerned enough to want more protection, make the investment into a paid mobile antivirus.

Here’s a good rule of thumb to keep in mind: if an app is running in the background, it is going to use up your RAM and put an extra bit of strain on your battery, even when in standby mode. As a result, your phone’s performance will be affected. While there are many applications that purport to conserve your RAM by deactivating these background processes, they don’t really help. In fact, they could even make the problem worse. After all, these apps also have to run in the background to work.

While there are many applications on the Play Store that could greatly improve your operations, there are just as many (if not more) that could cause serious issues. Try to keep your employees mindful about how they use their mobile devices, especially when in the office.

Subscribe to our blog for more IT tips, best practices, and practical advice!

More posts from author
Wednesday, July 01 2020 Why Overworking is a Serious Issue for Your Remote Workers
Monday, June 29 2020 VoIP Is a Strong Communications Option
Friday, June 26 2020 Avoiding Cybersecurity Placebos in Your Business 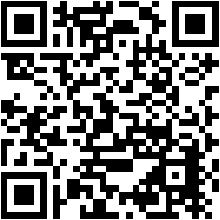