As a business owner, we’re sure that you’ve spent some time around computers. You might have even seen the phrases “plain text” and “HTML,” used in regards to email. By understanding what both of these phrases mean, you can improve the way that you understand the technology that your business depends on. The primary difference between the two is simply how much information each of them carries.

Hyper Text Markup Language (HTML)
HTML is the language used by most web browsers. Basically, it’s the accepted standard for web content. HTML was initially developed by CERN, the European Organization for Nuclear Research, back in the 1980s by Sir Tim Berners-Lee. HTML is the standard by which a browser displays a web page’s content, using tags to determine what exactly is being displayed.

In fact, HTML is the reason why this sentence can be displayed as its own paragraph, separate from the rest of the page.

A web browser looks at the HTML code and translates it into a layout that can easily be read by whoever visits the page. HTML allows for a lot of text customization, including the bold, italic, and underlined text that you might see all over the place. Hyperlinks are just HTML tags that lead to other pages online, as well. You could say that the Internet as we know it today was built off of the concept of HTML.

Plain Text
You can think of plain text as the opposite of HTML. It’s what you get when you get rid of any and all formatting. Punctuation and paragraphing are preserved, but styling is removed, more or less.

HTML is used to create fancy text that is designed to capture attention, whereas plain text is quite simple. Plain text websites barely even exist anymore on the modern Internet, and chances are that they haven’t been updated in years if you ever run into one. They were commonly used over a decade ago when the primary reason to be running them was to embrace slow dial-up Internet connections.

Email Uses
HTML and plain text both have their own specific uses in web design, but they can also both be used in various ways for your email messages. It all depends on what kind of message you want to send. You can use HTML to create something that catches the eye of a potential client or recipient, or you can use plain text to build something simple.

Both HTML and plain text have distinct advantages and disadvantages. HTML can tell a dynamic and visually appealing story, which is great for email campaigns and branding. HTML can also help you track who opens which email, and how often. Despite these great features, HTML messages are also more likely to be flagged as spam or sorted into the wrong folder.

On the other end of things, plain text emails are easy to write, and formatting has never been simpler. These messages can be read on any device, and they rarely run into deliverability problems. However, plain text isn’t as appealing, which makes them easier to set aside and forget about. Plain text also can’t easily be tracked, which means that you aren’t going to know how successful these messages are or how often they reach the intended audience.

Hopefully we have cleared up some of the confusion surrounding these two tech terms. Do you have any that you would like to learn a little more about? Let us know below in the comments. 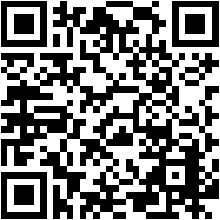