Ransom: a sum of money is demanded in order for the release of goods.
Software: the programs and other operating information used by a computer.

What do you get when you combine the two? Ransomware.

Ransomware is a form of a cyberattack in which a cybercriminal encrypts some of the files your business has stored on network-attached drives. Cybercriminals use phishing attacks or other methods to leverage encryption of your business’ devices, and potentially the rest of your network. Ransomware has proven effective over the years due many businesses fulfilling the demands of these cybercriminals - payment.

Ransomware could affect anybody, but cybercriminals have acquired experience over the years. They are learning who to target, and who is willing to pay a sum of money to acquire their own documents, devices, and servers back. The target of choice? Municipalities.

While the number of ransomware infections has decreased, the FBI’s Internet Crime Complaint Center has stated that the damages experienced by these infections has risen. This is partly due to the fact that entire cities can essentially be shut down by these cybercriminals. Cities such as Lake City and the City of Riviera Beach, felt as though they had no other option than to pay ransom. Indiana’s LaPorte county paid a ransom of roughly $130,000 in early 2019.

Since cybercriminals have been strategically targeting municipalities, insurance is offered to cover such attacks. Since insurance is offered to cover these attacks, cybercriminals have been more strategically targeting municipalities. This is a chaotic snowball effect which does not show signs it will be slowing in the near future. The best way to prevent your business from being rolled into this chaotic era of cyberattacks is by being prepared.

Education is another key element in preparing for a ransomware attack. Employees must be trained to spot phishy emails to ensure cybercriminals are not able to penetrate your security layers and encrypt your computer, or your server.

For more help and assistance defending against ransomware, reach out to your local experts at Fuse Networks by calling 855-GET-FUSE (438-3873) today.

More posts from author
Friday, February 21 2020 CES Introduced New Surveillance Technology
Wednesday, February 19 2020 Tip of the Week: How to Solve the Problem of Slow Internet
Monday, February 17 2020 Is It Time for a Technology Refresh? 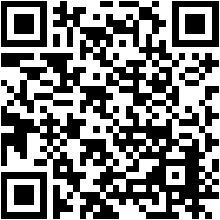