Long-Shot Technologies that Show Some Promise for the Future When looking forward, it’s often useful to consider developing technologies to gauge what you might have access to in the future. Admittedly, a lot of these technologies can sound like a long shot at best (and ludicrous at their worst). However, some of these could very well transition into the business environment. Let’s consider a few out-there concepts that we might see gaining traction at some point in the future.

Repurposing the Heat Generated By Computing

It’s no secret that computers and servers can kick out a lot of heat, so much so that it can actively become damaging to them. That’s why there’s so much emphasis on keeping your servers and other computing devices cool. However, there has been some interest in abandoning the “get rid of the heat” mentality in favor of a “use the heat elsewhere” approach.

Just because a computer or server doesn’t like heat certainly doesn’t mean that heat has no purpose. Let’s face it, there are plenty of populated places that have to deal with a colder climate all year long. Alternatively, the computing jobs that are requested of cloud servers could simply shift from computing structures on the north and south hemispheres depending on the time of year so that the heat could be used most effectively. Perhaps most simply, there is also the possibility of these cloud infrastructures being hosted in residential areas, with the resulting heat used by the residents.

This scenario actually has some traction already, with a Facebook server in Odense, Denmark providing heat to thousands of homes there.

Medical Diagnostics from the Small Screen

Any fan of Star Trek is likely familiar with a gadget from the show called the tricorder. Used by the likes of Drs. McCoy, Crusher, and Phlox, the medical version of this device served as little more than a Macguffin that could diagnose every malady with some quick chirps.

It isn’t unheard of for Star Trek tech to make its way to reality—you very well may be reading this blog on the real-life version of the crew’s communicators right now—but until recently, the medical version was firmly in the realm of fiction. This is no longer the case, as researchers are actively creating devices that operate in a very similar way. From a pocket-sized DNA sequencer to a full diagnostic tool, there are a wide variety of projects in the works intended to bring this technology into reality.

In addition to this, many existing technologies (like CT and MRI scanners) are extremely expensive, in large part due to the components they need to work. However, making them more accessible could be perfectly possible by making them smaller and utilizing existing radiation to capture its data.

The Raspberry Pi and other low-cost single-board computers (SBC) may have a reputation as a hobbyist’s toy, and they aren’t nearly as efficient as the massively powerful devices that businesses typically resort to, but that doesn’t mean that they can’t be used as an effective business tool for one crucial reason: redundancy.

There are currently some businesses putting SBCs to use for this exact reason. Consider the makeup of each Raspberry Pi: each is a separate device, making them inherently secure. Comparatively, a virtual machine may technically be its own instance, but it still potentially shares hardware with many, many others. The Pi clusters can then be used to inexpensively run algorithms in parallel while taking up very little energy. Some businesses have already begun to build these kinds of clusters.

Clearly, innovation is far from dead in the world of IT, and there’s no telling where some spark of it might lead us next. You can rest assured, though, that Fuse Networks will be there to help you make the most of it. Give us a call at 855-GET-FUSE (438-3873) to find out about the solutions we have available today through our managed IT services.

Facebook Twitter LinkedIn
Tags:
Technology Innovation Miscellaneous
Do These 4 Things to Avoid Bad IT Situations
An Investment into the Cloud is Different Than an ... 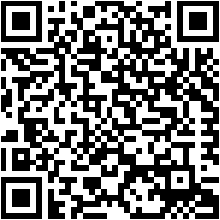