Is Big Tech Getting Too Big? Some businesses have caught lightning in a bottle with the advent and overt use of the Internet. These companies now read like a who’s who of technology: Amazon, Google, Facebook, Apple, Microsoft. These companies are now some of the most lucrative in the world and there has been some very serious questions if they’re using their positions at the top of tech in unethical ways. Today, we’ll take a look at “Big Tech” and debate whether or not something has to be done to break up these companies before they become too powerful to fail.

The major technology companies hold a lot of influence. What is often referred to as the “Big Four” (Amazon, Apple, Facebook, and Google)--and sometimes referred to as the “Big Five” (adding in Microsoft or Netflix, but somehow never both)--are at the center of multiple controversies due to their use of their record profits to benefit their companies and undermine their competition. As a result there is a call from outside the technology sector to do something about it.

In fact, earlier in 2019, The Federal Trade Commission and the Department of Justice started investigating whether or not these companies were using their power and wealth to kill off and buy up competitors. In July, the U.S. House of Representatives held hearings. This has resulted in many state’s attorneys general beginning to start their own investigations. In fact, 50 attorneys general (all but California and Alabama) have coordinated to an ongoing investigation of Google for antitrust actions.

Do you know how these huge corporations use your data? No. No one really does. With the amount of data these companies collect and are given the rights to, this can become a problem (especially when they don’t properly secure it). These organizations have billions of people who access their service every day. For the millions of people that search Google every hour, the millions on Facebook, the millions watching YouTube, every link you click on, every video you watch, every time you search for a word or phrase, you are providing information about yourself. This information is being used to create money-making situations for these companies. It also is the ground floor of an incredible knowledge base.

Since the European Union enacted their General Data Protection Regulation (GDPR), more and more attention has been focused at individual data privacy. In fact, Google was levied the largest fine by GDPR regulators in its first year, a relatively small $50 million fine. Will this be the time when people start doing something about these growing tech bbehemoths, or do they resign to the immense value they bring them day-in and day-out? How much would you get done without Google Search? Have Facebook and Amazon helped your life? What would you do without your iPhone?

Answer these questions and leave your thoughts in the comments section below. Return to Fuse Networks’s blog regularly.

Facebook Twitter LinkedIn
Tags:
Technology Big Data Monitoring
Tip of the Week: Network Security Basics
Your Computer May be Older than You 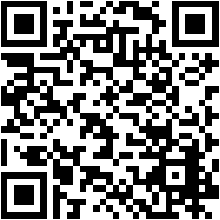