Encryption Is More Important than Ever First, a bit of background information on encryption and how it works.

What is Encryption, and How Does it Work?

Encryption’s primary role is to keep data secure while it’s being shared and stored. Let’s say that we wanted to share something random with you, like a couple of lines from the famous play Romeo and Juliet. If we wanted to make sure that only the specified recipient could read it, we might take the following passage…

“But, soft, what light through yonder window breaks?
It is the east, and Juliet is the sun.”

...and turn it into this as it is sent along:

Obviously, it looks like a bunch of nonsense in this state, but once it’s been decrypted, the intended participant can read it. This might be oversimplifying it a bit, but at the end of the day, encryption is a powerful tool that has been used in some form or another for centuries. Today’s encryption uses complex mathematical formulas that would take even the most powerful computer ages to solve.

All that aside, let’s get to what Google has done with its Android Messages application.

Google is Adding Encryption to the Stock Message App on Android

Google first announced that it would launch this beta test in November 2020, equipping all up-to-date instances of the default Android messages application with end-to-end encryption. Since SMS is often used to send and receive sensitive information and two-factor authentication messages, this addition is quite welcome.

At this time, the encryption feature comes into play with one-on-one chats between users who have the chat features enabled on their devices. This is usually represented by a padlock at the top of the screen.

Encryption is a Tool That You Should Be Using

Encryption alone is not enough to completely protect your business, but it’s certainly worth your investment, and it is most definitely better than the alternative. Fuse Networks can equip your business with these powerful enterprise-level security measures. To learn more, reach out to us at 855-GET-FUSE (438-3873).

More posts from author
Monday, August 02 2021 Excel Shortcuts You Can Use to Be More Efficient
Friday, July 30 2021 There Isn’t Much that Is More Devastating than Ransomware
Wednesday, July 28 2021 New Report Finds that A Third of Employees Will Fall for Phishing Scams 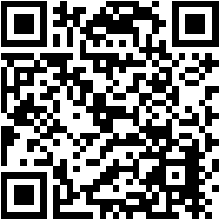