The 2020 Consumer Electronics Show is always a good place to see the most innovative consumer technology. CES features products of all types from companies of all sizes. This year, there was a strong contingent of companies bringing products to market in the physical security space. This isn’t all that uncommon, but the reaction to many of these devices is noteworthy.

There were security devices of all types on display, including cameras, speakers, and access control systems. With all this innovative technology in one place security experts got a good look at all of it and came away with deep reservations that these devices, which are extensively built for security, were actually a threat to the security and privacy of consumers. This concern is exacerbated by the numerous examples of technologies in the same breadth that have been hacked recently. Just recently, Amazon’s Ring security cameras were hijacked and used to harass children, and were sending data over to the police without a user’s consent.

Additionally, one of Ring’s major competitors, Wyze Labs, had a major hack that affected 2.4 million customers. Later, it was named as an honoree in CES’ innovation awards.

A company named Sunflower Labs showed off a home drone security system, which would immediately track anyone who entered a property with an automated drone and send a live stream to a mobile phone. As a part of the sales pitch, their CEO suggested that their system is better for others’ privacy, as it will only view a dedicated property.

It’s not all that surprising that regulators and privacy advocates don’t feel like these device manufacturers have the right motives. Traditionally, “smart” surveillance solutions haven't done an exemplary job at protecting individual privacy; or, improving security, for that matter.

It should be said that user privacy issues were discussed at the event, and moderators reported that there was more responsibility taken for consumers’ privacy by companies. Flying in the face of this perspective, however, were the products themselves. For example, some companies are creating products that are using facial recognition as a sign-in tool. CES even offered the option to attendees.

The CEO of the Consumer Technology Association (which puts on CES each year), Gary Shapiro defended these practices, saying that, “You’re opting in” and “If you want to do it, you’ll have an opportunity to do it.” However, Executive Director Cindy Cohn of the Electronic Frontier Foundation, held a very different view: “There is a risk treating this as an individual decision... That’s not really fair or right to do to people. We need to fix the policies.”

Of course, momentum is on the side of privacy, so over time we expect to see less demand for products that don’t make privacy a priority. It remains to be seen if that will affect lawmakers’ decisions, but if contemporary signs are any indication, it seems as if privacy will be getting more attention in the coming days.

If you are looking to incorporate new technology to keep your business secure, call the IT pros at Fuse Networks today at 855-GET-FUSE (438-3873).

More posts from author
Friday, March 27 2020 Business Is Faster and Easier with File Sync and Share
Wednesday, March 25 2020 Don’t Let Employee Access Doom Your Company
Monday, March 23 2020 How Our Tech’s Tools Can Increase Your Effectiveness
Friday, March 20 2020 The Pros and Cons of a Hybrid Cloud Solution
Wednesday, March 18 2020 Tip of the Week: How to Customize the Dictionary in Google Docs 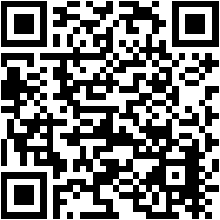